Tales from the Little Town That Almost Was: Memoirs of Addie Mae Ritter Miller, Part 2 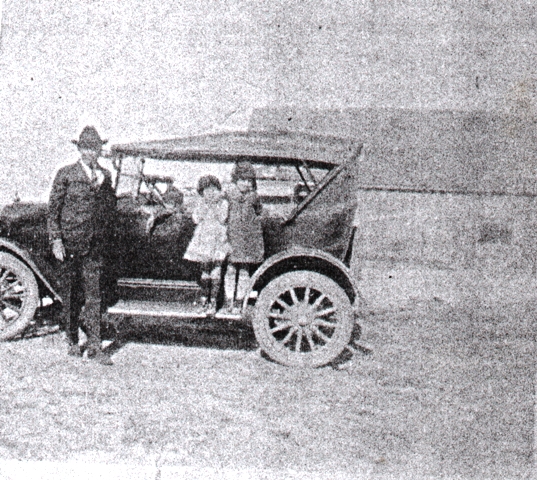 This article contains the second part of the memoirs of Addie Mae Ritter Miller, as told to her daughter, Rosanne Miller Redman in 2003. Addie Mae was the granddaughter of George Hugo Ritter, the man who settled Flour Bluff in 1890.  Addie Mae, who died  November 25, 2009, paints a personal picture of a time gone by in Flour Bluff and nearby areas in her memoirs.  It was her desire to leave the story of her life in early Flour Bluff and Corpus Christi to her descendants.   The rest of Addie Mae’s memories will appear in later articles.

Mama was a housewife.  In those days, women didn’t work outside of the home much.  She worked hard though.  She canned produce for family use, raised chickens, collected eggs, made all of our clothes on a pedal machine, did all of the wash by hand, and cooked three meals a day – all of the things farm wives did in those days.  We had no running water and relied on a cistern that collected rainwater for our use.When that was low, Daddy had to drive to town to get water.  Can you imagine going to town to get water?  I can remember Daddy killing a chicken on Sunday morning and Mama having to pluck, clean and cook it.  I am sure you can’t imagine doing that either!

Mama was a good cook and spent long hours baking pies, cookies, and cakes for Sunday dinner.  Aunt Kate and Uncle Hugo were regular guests on Sundays.  They were close to my parents (Uncle Hugo was Daddy’s brother).  I loved playing with my cousins, Annie, Cattie (they were twins), Joe, and Benny. They moved to Clarkwood, and we would visit them often.  I still enjoy getting together with Cattie and Annie when I go to Corpus to visit.  I grew up with many cousins and have a lot of fond memories of them.

One of my most vivid memories of the house on the bay was when Junior was two years old.  We didn’t have electricity and got our light from kerosene lamps.  One time Junior pulled down the scarf with the lamp on it, and the lamp fell and hit him in the face.  He had cuts and glass all over his face and was bleeding badly.  Mama sent me to get Daddy.  I can still remember running as fast as I could across the field to get him.  We took him to the doctor in town, and he fixed Junior up, but he still had a piece of glass near his eye that always bothered him.

Another vivid memory I have is of our ghost in the house in Flour Bluff.  Some of you know this story.  We lived in an old two story house that originally belonged to the Ritters.  One room opened into the attic, and we thought a ghost lived there.  We all shared a room at the top of the stairs.  Junior and Alice slept in a double bed, and I slept on a cot by the window.  Alice said that something always stood in the doorway at night.  Of course, I didn’t believe her!  Well, one night we had a storm, and I woke up.  There in the doorway was a white figure. It moved and kind of vanished into the white railing of the staircase.  I ran and jumped into bed with Alice and Junior!  We were then too scared to sleep in that room, so Mama and Daddy moved us downstairs near them.  We didn’t see the ghost anymore, but every night at supper time, we could hear what sounded like someone walking up and down the stairs.  They knew we were scared and always made joke about it, but I guess they didn’t really have an explanation for the noise.  The Grims later moved into that house and heard the same unexplained noise.

I attended one year of school at Aberdeen and then went to Flour Bluff.  We were getting ready to move back to Flour Bluff when I was seven. Since school was starting before we moved, I was sent to live with the Ritters.  I love it there.  I was the first granddaughter of 27 grandchildren and was treated very special.  This was also very memorable for me.  Most of my aunts still lived there – Aunt Katie, Aunt Alice, Aunt Jo, and also Uncle Ben.  Aunt Katie was a teacher, and another teacher boarded there, also.  I had the best time because I love being around the grown ups.  Uncle Ben was a young man and would tell me about his dates.  I thought I was really somebody.  It was only for a month, but I had a great time and still remember it to this day.

Daddy was a farmer, and a very good one in those days.  He farmed cotton on the bay and then moved to Flour Bluff to farm cucumbers, cantaloupe, watermelons, tomatoes, etc.  He had a good reputation in town.  He would load up his produce and go to town to sell to the stores there.  When his grandchildren were older, he would take them along with him.  I am sure that was a treat to get to ride with him in the truck to deliver produce.