The Paper Trail Arts,Education,Front Page,Human Interest,Opinion/Editorial,Science The Ultimate Pillar of Success: Be an Existential DJ

The Ultimate Pillar of Success: Be an Existential DJ 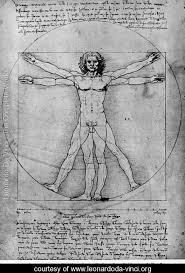 Imagine the sheer astonishment of Leonardo Da Vinci if he were suddenly alive and flying in a 747 at 35,000 feet above the ground. Can you see his mind-body – all his senses – become arrested in a state of complete Nirvana? Can you see him gasping at the recognition and acknowledgment of the fact that one of his wildest luminary visions is now a reality. The nature of humanity, however, suggests that the sublime bliss of this experience is likely to dissipate by more than half by the time he sets foot on his return flight. The emotional return on the experience will continue to diminish with each passing flight until one day he will get on the airplane, shut his window, shut his eyes, and hope for a new dream to entertain him during the hours that follow.

What happened to his awe? What happened to the ecstasy? This diminished return on experience is known as, hedonic adaptation (def. the tendency of humans to quickly return to a relatively stable level of happiness despite major positive or negative life events or changes). It so happens that being awestruck is the key to being our best selves, the key to our inspiration, and the key to liberating our inner genius. When in a state of utter surprise, we are attentive, we learn more, we think and perform better. These behaviors define what it means to be in an ecstatic state of mind (aka – a “flow state” or “the zone”). Unfortunately, the more exposed we become to the goings-on of the world around us, the less surprised or compelled we are by anything that happens, and the less affected we are by the sheer magnificence that engulfs being a living, breathing human being.

So how do we transcend the been-theres and done-thats of our adult minds – the banality of our everyday lives? Can we reverse-engineer the experiences that allow us to use our minds in the most optimal way and tap into our highest potential? Legendary observationist, Charles Darwin, said: “Attention, if sudden and close, graduates to surprise; and this into astonishment; and this into stupefied amazement.”

But how many of us today have the attention span of Charles Darwin? And how, in a world where the patience to pay attention to any one thing is so rapidly in decline, can we mindfully slow down and focus for long enough to become interested? Might this not explain why children seem less and less likely to sit through a full-length movie, but prefer instead to watch YouTube?

We know that our minds and moods are dictated by neurochemistry. After years of examination, science seems to have become fairly accurate in identifying scenarios that trigger the chemicals which cause us to feel, think, and act in the various ways that we do. So, if scientists can predict which chemical will be released during a given situation, then we should be able to – using a variety of methods – author our own neurochemical Nirvana. Timothy Leery obviously believed so. And his “trippy” method, though highly controversial and ultimately unsuccessful, is still very much in use today. MDMA, for instance, is being prescribed to PTSD and OCD patients on a regular basis, and in many of these cases is being reported to have, in one afternoon, the same effect of 10 years of psychotherapy. (And yes, I did just use 3 acronyms in one sentence.) Using drugs as tools or loopholes to alter our state of consciousness in search of ecstasy is no doubt a controversial topic. But perhaps, through a delicate and mindful combination of psychology, technology, and pharmacology, the future will allow us to engineer our own paradise, offering us the proverbial “red pill”, a super-drug that has managed to dispense the bathwater and reprieve only the baby.

Pharmaceuticals, however, are nowhere near our only hope. Neurochemicals, after all, are stimulated naturally and require no drug whatsoever if the human in question is disciplined enough to seek the proper experience and dedicate himself to the time and patience necessary to become submerged in said experience. For some, such ecstasy may be rendered through a specific artistic endeavor, or by spanning time in some natural or designed heterotopia; outer vastness reflects inner vastness, after all. Others might meet their hedonistic needs through meditation or Yoga, or maybe through an extreme sport where the risk of danger or injury is present. Personally, I haven’t found a high quite so exhilarating as that of leaping from the top of a tall cliff into a deep, glassy body of water. Though it is a very short rush, facing the fear of what I perceive in the moment (accurately or not) as falling to my death leaves me feeling completely alive.

No matter the method, bliss and sublime well-being are consciously achievable and are not limited to fleeting moments which lie outside of our control. The final frontier has been said to be outer space, but I would contend that perhaps there is a final-final frontier, one which consists of our own inner space. You don’t need to be a “flow-junky” or a philosophical hedonist to aspire to have the key to your own happiness and your own gift of genius. As Brain Games host, Jason Silva, puts it, “Ask yourself: What makes me feel alive? What gives me the goosebumps? What makes me well up?” When you have the answer to these questions, make note of the surroundings – both those which lie without as well as those which lie within. Nail down the formula, and then, like a DJ with all the tools at your fingertips, tweak and tailor each component. Mix, match, and harmonize your own Nirvana.

Matthew Thornton is an Austin-based artist and a history teacher. Originally from Corpus Christi, his wide-sweeping artistic interests range from writing and film-making to photography and painting. His work and studies explore patterns within the endless nuance of life as he remains constantly in search of the so-called, “big picture”.