The Wisdom of Joe Biden

With the 2016 election behind us, we have seen our last political commercial for a while, and I know some are saddened by the thought; however, few would deny that this has been an election for the record book, and for those paying attention, many would admit that we have a serious problem with political corruption.  At the time of this writing, it may be accurately said that Hillary Clinton is the poster child for corruption, but the truth is far worse.  In this election cycle, corruption has been uncovered at all levels.  There is corruption in the White House, State Department, IRS, VA, FBI, EPA, and the Department of Justice to name some of the more deserving.  So where do we go from here?  What can citizens do to remedy this?

Good questions all, but where do we start? Most corruption can be traced to money and political influence, and this is not a new problem.  By 100 B.C. the corrupt Roman Senate was being bribed by foreign governments.  In fact, our founding fathers knew this. Our founding fathers had also experienced British corruption first hand.  That is why the Constitution prohibits accepting money from foreign governments in Article I, Section 9, and Congress extended the prohibition to spouses with the Foreign Gifts and Decorations Act.  Oddly, no one remembered this law when Hillary was in the Senate – or when Bill Clinton and the Clinton Foundation were taking money from foreign governments.

It is not just foreign governments that purchase influence.  Often domestic businesses, lobbyist and other special interest purchase influence, and most elected representatives just accept it.  It is the way of life in Washington, D.C.  To guard against corruption, our elected officials are required to file financial statements, and the financial statements are reviewed by watch-dog organizations, but this has not impacted corruption greatly.  Just ask the Clintons.

Politicians often make a big deal of providing their tax returns or their opponent not providing their tax return (Donald Trump).  While tax returns may be helpful, they are merely a snapshot of one year, and yes, I agree that it is interesting to see that Bill Clinton donated his used underwear to charity and took a deduction for it.  I do not agree that it is sufficient to detect corruption.  (Okay, maybe in Bill’s case.) After all, that is not the purpose for which a tax return is intended.

The underwear deduction is laughable, but the Clinton’s corruption is not.  Consider this.  When the Clintons left the White House, Hillary claimed that they were dead broke.  Now after eight years in the Senate and serving as Secretary of state, the Clintons are worth 115 to 120 million dollars.  You can almost smell the corruption.  I am certain Hillary did not earn that kind of money as a senator.  However, her situation is not unique.  Politicians find ways to enrich themselves, and they improve their enrichment schemes with experience.

Some will remember that Spiro Agnew resigned from the Vice Presidency in 1973 after he was charged with tax fraud and bribery.  He had accepted more than $100,000 while serving as Baltimore County Executive in Maryland.

Carroll Hubbard a career politician and representative from Kentucky was indicted for misusing government property in 1992. In 1994 he pleaded guilty to three felony charges of violating federal campaign spending rules, conversion of federal property, theft and obstruction of justice. He was sentenced to three years in federal prison in Fort Worth, Texas, and fined $153,794.  Being one not to let his experience go to waste, in 2005, Hubbard ran for office in the Kentucky Senate, losing by only 58 votes. He lost again in 2008.

Randy “Duke” Cunningham, a congressman from San Diego, California, sat on the House subcommittee that designates spending to certain defense programs, and after 14 years of experience, he resigned from Congress in November 2005 after pleading guilty to bribery. He admitted taking bribes of at least $2.4 million – the highest known amount a congressman has ever admitted to taking.  Cunningham was sentenced to eight years in federal prison and ordered to pay $1.8 million in restitution.

James Traficant, a congressman from Ohio with 17 years of experience was convicted of ten felonies including bribery, tax evasion and racketeering.  He was kicked out of Congress in 2002.

It is not my purpose to suggest that corruption is rampant, but rather it is a serious problem that deserves a serious solution.  Perhaps the simplest answer to corruption is term limits.  This would at least minimize the risk because the longer a politician remains in Washington, D.C. the more power the politician attains.  With more power concentrated in the politician’s hand, the greater the temptation there is to use that power for financial gain.  That is why Lord Acton said that, “Power tends to corrupt and absolute power corrupts absolutely.”  I am well aware that it is argued, that once a politician gains a little experience in Washington, D.C., you should return the politician to Washington, D.C. to take advantage of that experience.  That is exactly what all politicians claim.  I can only say that approach has gotten us where we are.

Experience is not a guarantee of improved performance.  Experience simply means that you have done a task repeatedly.  It does not mean you have gained a particular knowledge or insight.  It can be said that a person flipping burgers for twenty years has twenty years of experience, but it might be more accurate to say the person had one year of experience flipping burgers twenty times.  The point is that experience is not an indication of intellectual gain.  In Washington, D.C., experience can be a negative.

Washington, D.C. has a corrupting effect, and that corrupting effect over time often offsets the benefits gained by experience.  What is needed in Washington, D.C. is honest people of integrity who represent their constituents and nothing more.  Politics should not be a career path.  Representatives should serve their constituents for a limited term, and then return home to their careers. 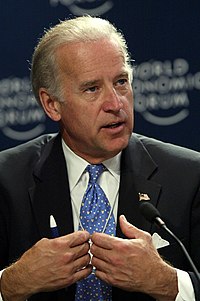 It is worthy to note that in absolute terms, “Corruption is just another form of tyranny,” so said Joe Biden.