The Paper Trail Corpus Christi,Front Page,Government and Politics,Opinion/Editorial Tom Brady (or someone like him) for Mayor! 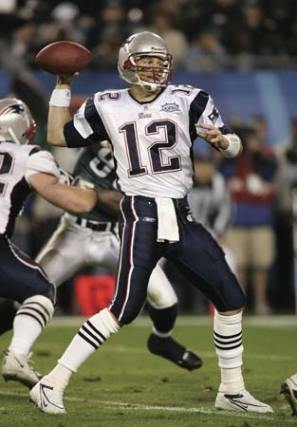 As I watched Tom Brady lead the Patriots to yet another victory in a Super Bowl this year, I found that I wanted to know more about this man who pulled off the impossible.  My teacher brain saw a “kid” who had tapped into his potential.  My 40-year interest in how our brains work (which helped me tremendously as a teacher) made me wonder how he thinks and decides in the short and long term.  Even those football fans who aren’t Brady fans must surely recognize his ability to think and act under extreme pressure.  Maybe this is just the kind of leader our city needs.

So, let’s take a look at ol’ Tom.  Brady was the 199th pick in the 2000 NFL draft.  The pre-draft report on Brady by Pro Football Weekly summarized: “Poor build. Very skinny and narrow.  Ended the ’99 season weighing 195 pounds, and still looks like a rail at 211. Lacks great physical stature and strength.  Can get pushed down more easily than you’d like.”  Before the big game this year, Brady said, “I am in the best shape of my life,” to which many old-timers laughed.  How can a 39-year-old athlete be in better shape than when he was 22?  As it turns out, Brady was right.  If you don’t believe it, search the internet for pictures from 2000 for the old Brady model and 2017 for the new and improved model. He actually IS more physically fit than when he was drafted.  But, Brady was actually quite successful even before he upgraded his body to the fit athlete he is today.  There must be something else.

That same draft report listed “decision-making” as Brady’s positive attribute, something that he went on to prove was the most valuable aspect of his marketable skills.  In Coach Bill Belichick’s words regarding the hiring of Brady said, “Tom had been in situations–both in playing-time and game-management situations, tight games against good competition–and he’d handled all of them pretty well.”  From there, Brady started amassing knowledge about playing quarterback at the professional level, something that is frankly quite different than the college level game.  This increase in knowledge and experience coupled with a strong work ethic certainly must have played a role in Brady’s success. But, was thinking and working hard (and the better body) all that Brady needed to lead the New England Patriots of the National Football League (NFL) to five Super Bowl victories (2002, 2004, 2005, 2015, and 2017) and earn him the Most Valuable Player (MVP) four times (2002, 2004, 2015, and 2017)?  He seems to have been born with an incredible radar for finding the open man, the main problem every quarterback must solve — and solve it in a matter of seconds.  There’s just no time for deep, thoughtful contemplation about the math involved in getting the football to the right guy when a whole line of angry linebackers are bearing down on him.  Brady possesses something quite intangible, something that we know exists but can’t specifically identify, something that goes deeper than thought but is delicately intertwined with thought.  Brady has intuition.

This ability is referred to by science types as intelligent intuition.  It’s certainly recognized in the business world. Bruce Kasanoff, Forbes writer, says that intuition is the highest form of intelligence but that having the instinct alone is not good enough.  Kasanoff says it must be harnessed and honed through research and self education. “You might say that I’m a believer in the power of disciplined intuition. Do your legwork, use your brain, share logical arguments, and I’ll trust and respect your intuitive powers.  But if you merely sit in your hammock and ask me to trust your intuition, I’ll quickly be out the door without saying goodbye. I say this from personal experience; the more research I do, the better my intuition works.”  This is how the Leonardo da Vincis, Benjamin Franklins, Albert Einsteins, and Tom Bradys of the world became masters in their fields, setting a mark so high that those that follow will have to work very hard just to reach it much less surpass it.

So, let’s turn to the problem of electing a mayor for Corpus Christi.  In our pool of candidates thus far, is there a Brady in the bunch?  No doubt, we have some with the knowledge and experience necessary to get the job done to a reasonable degree.  Some have limited knowledge and experience but are good people who want to serve the citizens and work to get the city back on track.  Others have very little to offer in any of these areas.   Which one of them has depth of knowledge in city matters, experience in getting to the root of a problem, courage in the face of a crisis, intuitive intelligence, an ability to connect with the stakeholders, a willingness to see failure as part of the problem-solving process, and an ego that is in check?  A resume’ and campaign speech will never offer that information. Perhaps instead of a candidate forum where questions are asked and answered, our city manager should hand them a real city problem to solve between now and election day, give them the access to the same resources as an elected council member, and let them go to work.  The one who does the most research and comes up with the best solution to the problem would get my vote.