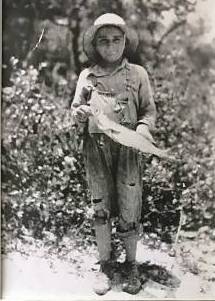 “What brought you to Flour Bluff in the first place?” I asked Price Anderson.  His answer – which really involved his partner – surprised and intrigued me.  Below is the rest of the story surrounding the proposed RV park on Caribbean and the reason that Kris Hawkins and Price Anderson chose Flour Bluff in the first place over 13 years ago.  (All photos courtesy of Kris Hawkins)

To Whom It May Concern:

My name is Kris Hawkins, and I am the developer of Bluff’s Landing Resort & Marina.  I am also working on a new project at the end of Caribbean Drive that has stirred up some valid concerns in the neighborhood.  Although I do not live in Flour Bluff, I wanted to share some of the backstory about Bluff’s Landing with you.

My dad, Wally Hawkins, started taking me to Red’s Fishing Camp in Flour Bluff when I was five years old.  We would wade out into the water with cane pools and catch the famous Laguna Madre trout.  My dad was simply continuing a tradition he grew up with.  His parents, who farmed a small 30-acre tract outside of San Antonio, would bring him and his nine brothers and sisters every year to fish out of that same spot!

My brother and I continued to fish at Red’s Fishing camp every year with my dad for 10 years until he received a foreign program grant from Texas A&M (his alma mater) to move to the Dominican Republic to start a small agricultural school on behalf of the United States.

After we moved overseas, I lost track of the area until years later when I returned to the site with Spence Collins who had begun the process of acquiring some of the neighboring land.  After a year or so, I took my Dad to the site to show him the project I had been working on.  It wasn’t until then that he recognized the site as the old home of Red’s Fishing Camp.   He was visibly shaken by how the place had deteriorated.  As we drove around the area, and he saw all the trash, open drug dealing, and run-down shanties, he couldn’t believe how much one of his favorite places ever had turned into a dangerous den of drugs and thieves.

We went back to the hotel and talked about the project, and my memories of fishing came flooding back as I realized that this dilapidated bay was the same place my dad and I had learned to fish in our childhood.

It was from that point forward I made it one of my life goals to clean up a small portion of the Texas coast and preserve the place for future generations to enjoy the same way my dad and brother did.  I wanted to restore the land so that my son and his sons could re-live the experiences of my memories.  I am now proud to say Bluff’s Landing is the realization of that goal.  I believe the facility is improved each year, I know it has attracted thousands of new visitors to Flour Bluff and generated over a million dollars in tax revenue.

Now that is a long explanation of a project that is already in existence, but I only explain all this to show that we are not outsiders looking to make a quick buck.  We have been investing time and money in Flour Bluff for 15 years and continue to do so.  My goal is to create places where families can enjoy themselves while also contributing to the local community.  This is something we also have done in Austin, Texas, if you ever get the chance to visit Graceland Grocery / Graceland Oaks Event Center on Hwy 290W.

That is our same goal with the Luxury RV Park at the end of Caribbean Drive.  We want to build a high-end facility for families and their recreational vehicles.

I know there are concerns that the project will be more of a trailer park or will deteriorate over time, but I assure you that is NOT the case.  We have hired Urban Engineering to design the facility for two reasons.  First, they have an excellent reputation in the community and second they designed Gulf Water RV Resort in Port Aransas.  The Gulf Waters project is exactly the style we are going to achieve.  We are putting in a pool, irrigated landscaping, and will strictly limit who and what can come to the facility.  For example, no vehicles over 10 years old, no soft sided RVs or tents, and no renting out to tenants.

If we fail to maintain the facility in the same or better condition than when it is built we will not be able to recover our investment.   We are committing millions of dollars to guarantee the facility stays nice and benefits the community.  The best example of how we do this is Bluff’s Landing Resort.  If you have any concerns that we will allow the project to fall apart, please go see what we have done over the last 13 years just down the road.

Spread the love     Recently, Jason McCahan won the Republican primary for the office of Nueces County Constable Pct. 2. He now ...

Spread the love     As Flour Bluff School ends its 128th year of educating children, it only seems appropriate to revisit the ...